Framus is a Germanstring instrument manufacturing company, that existed from 1946 until going bankrupt in 1975. The Framus brand was revived in 1995 as part of WarwickGmbH & Co Music Equipment KG in Markneukirchen, Germany. Their headquarters and custom shops are located in Markneukirchen, Shanghai, New York City, and Nashville.

Framus originated in the town of Schönbach, today called Luby (Cheb District) in the Czech Republic. The city at the foot of the Erzgebirge was shaped by the music. Violins and other string instruments have been manufactured and exported from Schönbach worldwide. There, in the Bohemian area, the founder of Framus, Fred Wilfer was born in 1917. After World War II, when he heard about plans to expel Sudeten Germans from post-War II Czechoslovakia, he decided to build up a new basis for his countryman and the music industry in the west.

Even before the first train was going to transport violin makers from Schönbach to other areas, Fred Wilfer contacted different government authorities in Bavaria and told them about his plans. The Bavarian government welcomed his plans and asked him to create all conditions needed for the settlement to Bavaria. In 1946 he founded the FRAMUS works.. the name being an acronym of FRAnconian MUSical instruments and designed to draw attention to the fact that the celebrated violin makers of Schönbach had made Franconia their new home.

When the first train transporting violin makers from Schönbach arrived in Erlangen he was the man in charge to find housing for them. He also made arrangements for the establishment of the first workshops.

In March 1946 the first group of Schönbach violin makers arrived in Erlangen, with Fred Wilfer and the refugee commission arranging accommodations. A factory was set up in a former wheel warehouse in Möhrendorf in autumn 1946. At the end of 1948 the factory was moved to a former brewery in the nearby town of Baiersdorf. Soon, even this large space proved inadequate.

In late 1949 Bubenreuth became the center of settlement for the Schönbach violin makers. There, Wilfer began building one of the most modern factories of the time, and in the summer of 1954 about 170 employees went to work at the new facility. With 2200 square meters of space at their disposal, they were soon producing more than 2000 instruments in a month. 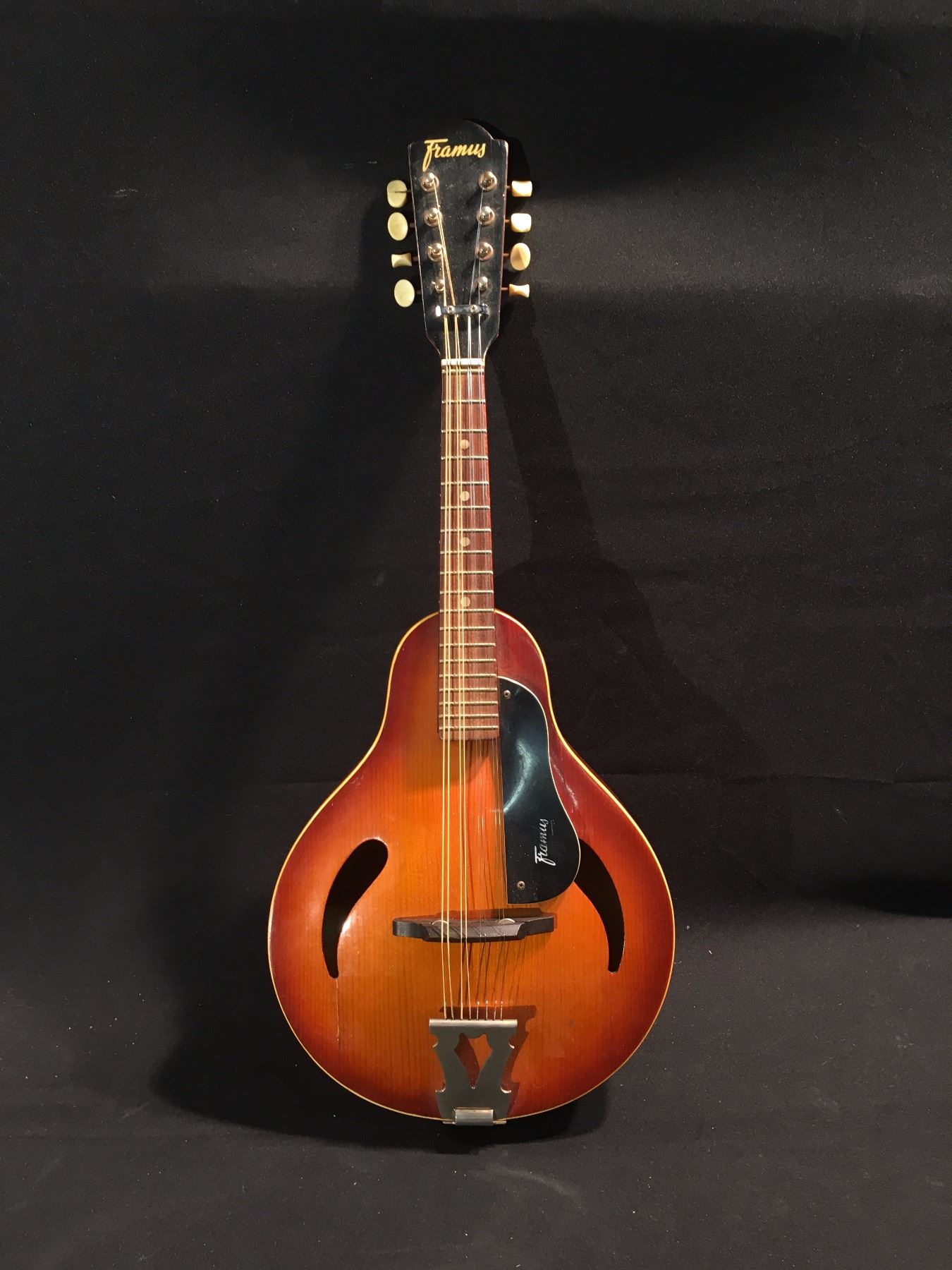 The guitar—particularly the electric guitar—became the new bestseller. Sales increased enormously due to the popularity of rock and roll music at the end of the 1950s. Because of this development, several technologic advances were introduced (such as putting truss rods in guitar necks), and a second factory was built in Pretzfeld, 25 km north of Bubenreuth in the Franconian Switzerland, in 1966. Framus became the largest guitar producer in Europe, employing around 300 workers by the late 1960s.

In the 50s Paul McCartney owned a model of a Framus Ivor Mairants 'Zenith' guitar. He had originally been given a trumpet for his 14th birthday in 1956 but he learned he could not possibly sing playing a trumpet so he swapped it for a Framus 'Zenith' model 17. He used it to compose some of his first songs with it including 'When I'm Sixty-Four'. It still hangs in his studio.

While their guitars were more popular by far, Framus made other stringed instruments. Their four-string tenor banjos in particular were very popular among Irish traditional musicians.

The company included a musical kindergarten in the Bubenreuth factory. Supported by a young teacher, Gertrud Fischer and a book that used little, colored 'note men' that helped children start learning musical notation at the age of three.

Visitors to the factory in Bubenreuth included the Vienna Saengerknaben (Boys Choir), who delivered a special concert in the Framus workshops, and German Chancellor Konrad Adenauer, who toured the factory and its musical kindergarten during a visit to the violin-making-village.

Applications download. In an interview Fred Wilfer summarized his all-embracing concept with the following words: It's not only important to produce instruments, over a long period it is important to 'produce customers'. This motto is found in other Framus projects, as well. Eventually the price dumping by companies from Japan along with other factors, both external and internal forced Framus into bankruptcy at the end of the 1970s.

Many aspects of the history of Framus are still in the dark. This is due to the bankruptcy of the company when almost the whole archives were lost.

In 1995, Hans-Peter Wilfer (son of founder Fred Wilfer) revived the Framus name to produce musical instruments as part of Warwick GmbH & Co Music Equipment KG in Markneukirchen, Germany. Along with a range of electric guitars, the company produces replacement parts (such as knobs, tuners, bridges, and tailpieces) for their vintage models, and a small range of high-end tube amplifiers.

In the early 1960s, Framus Star Bass guitars were among the first bass guitars imported into Britain. Many of the early rock and roll British bass guitarists—including Jet Harris, Brian Locking, Brian Gregg, Heinz Burt, and Bill Wyman—played Framus basses. In 1964, Wyman signed a three-year sponsorship deal endorsing the Star bass.[1][2] Endorsers in the United States at this time were Charlie Mingus and Jim Hall.