Armas Ugartechea, founded by Mr. Ignacio Ugartechea in 1922, is located in Eibar, the traditional gunsmith town. It is devoted to the craft manufacturing of fine hunting shotguns and is the heir of a long craftsman tradition that has cleverly incorporated the new technologies in the production of their guns, and, at the same time, keeping its traditional know how.

Earlier SMLE and previous MLM & MLE rifles & carbines initially had the action body batches allocated a letter, before the serial numbers were stamped (to 9999 in each series). These commenced with no letter, then progressed A thru' Z, often nominated for different contractors, RSAF Enfield, RSAF Sparkbrook, BSA Co., LSA Co., and the peddled scheme during WW1. It is interesting that different rifle and carbine Marks recommenced with the no letter and A-Z series with each new model, so it is possible to find carbines/rifles of different Mark designations with the same serial number. This is a reason that upon unit issue, serial nos. were not recorded, rather that rack numbers were assigned and stamped on the butt or butt-plate tang. On some rifles, particularly the SMLE, these unit or rack issue numbers were stamped on the top of the action body as well, e.g. in Aussie service '3.M.D.' (3rd Military District) '10381' (the Military District or unit rack no.)
On MLM, MLE and earlier SMLE rifles, the batch letter will be noted sometimes above or below the serial no. because the serial number was stamped later in production and stamped on the body and breech bolt too. Serial nos. stamped on the nosecap boss, fore-end, underside of the rearsight leaf, &c. was done at Base Ordnance Depots and by armourers to keep together components original to particular rifles during maintenenace and repair. This also applied, to a certain degree, to No.4 and No.5 rifles, particularly to the fore-end and later extended to the magazine case as well. For the SMLE, we usually find serial nos. stamped on magazine cases only on Indian issue rifles. 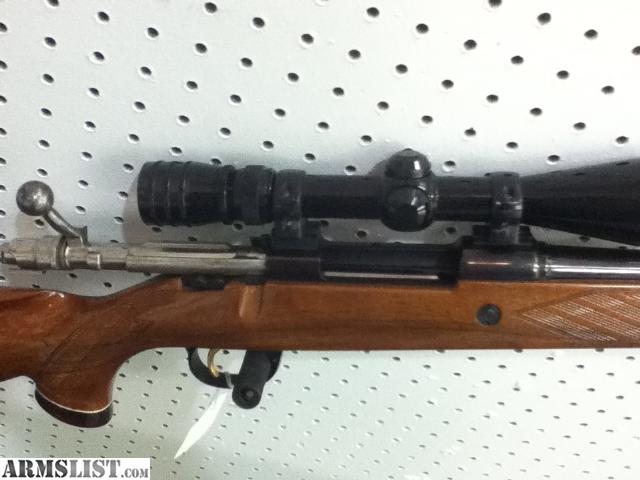 No.4 and No.5 rifle serial numbers can readily identify manufacturers. British No.4 rifles have five numbers, usually after one or two letter prefixes. The same letter prefix(es) were used by Maltby, Fazakerley & BSA Shirley, A to Z then AA, AB to AZ, then BA to BZ, CA to CZ &c. Maltby rifle serial numbers commence with a number '1', Fazakerley with a '2' and Shirley with a '3', e.g. 1xxxx for Maltby, 2xxxx for Fazakerley and for Shirley, 3xxxx, after the letter prefix. Late Shirley numbers then supposedly ran A4000 to A7999 and with PS prefixes at the very end of production. Post-war Fazakerley No.4 rifles had PF letter prefixes. The only exception to the 5-number sequence for No.4 rifles was the initial BSA Shirley production which ran from 0001 to 9999 then went with A to Z prefixes (A0001 to A9999 to the Z prefix) and some early dual letter prefixes (e.g. AT 0303), but then went over to A30001, &c. So early M47C No.4 rifle numbers could be confused with the Jungle carbine in having four rather than five numbers.
Long Branch (Canada) serial numbers incorporate an 'L' in the serial number while US Savage numbers include an 'C' in a similar relative position amongst the numbers. Both of these No.4 rifle series commenced with 0L1 and 0C1 respectively.
No.5 Jungle Carbines only have 4 numbers, the Shirley carbines have BB to C? prefixes, last production was post World War 2. The Fazakerley jungle carbines ran from FE1 to FE1000 initial production, then with no letter prefix, followed by A1 to A9999 through Z9999.

Serial numbers of certain Lee-Enfields can serve as indicators of the model and help with initial authentication. The 'BS' prefix was used for the .22 British No.7 rifles, 'T1' for the .22 No.5 trials small-bore target rifles in 1945 and 'DA' for the .22 No.8 N.Z. contract rifles by BSA Shirley. 'SKN' was applied to factory sectionized models, an 'XP' prefix was used for Lithgow Shortened & Lightened SMLE and No. 6 jungle carbines, 'X' was used for a small number of Lithgow No.1 rifles with stainless steel barrels and 'FE' was used for early production Fazakerley No. 5 jungle carbines. Trials No. 1 Mk VI and No. 4 Mk 1 rifles made in the early 1930s have an 'A' prefix to their original serial numbers although many were later upgraded to No. 4 specs and the 'A' became a suffix to indicate the fitting of some non-interchangeable components. On No. 4 rifles, an 'A' suffix was stamped by a repair depot or armourer after the serial number when some parts were found to be non-interchangeable.
And of course, with the Canadian No.4 rifles, the letter 'L' precedes the last four numbers as does a 'C' for the Chicopee Falls production Stevens Savage Lend-Lease No.4 rifles and 'J5550' (the drawing number) prefixes the Canadian Lightened No. 4 serial number. After the initial 99,999 rifles, the Lithgow No. 1 (S.M.L.E.) proceeded through 'A', 'B', 'C', 'D', 'E' and 'F' prefixes before the last rifle F40580 was manufactured in 1953. WW2 production ceased with F39580 and the 1,000 rifle run during the Korean War ran from F39581 to F40580. More details on serial numbers will also be found in the new book, 'The Broad Arrow'.
The 7.62mm L1A1 series serial number prefixes similarly denote makers. UE is Enfield, UB is BSA, UF is Fazakerley and AD is Lithgow, Australia. 'SAF' was applied by the Lithgow factory to certain export sales and 'SR' for Lithgow sectionized rifles. South African 7.62mm FAL's were Belgian production metric models, engraved with the South African crest. Indian 7.62mm 1A rifles ran conventional serial number series with a letter prefix.

Serial numbers for British made L1A1 rifles and Small Arms ran in blocks with factory code and year prefix followed by the serial number commencing with an alphabet letter e.g. UB60 A85830 (last rifle by BSA for the 2nd quarter 1960). Third quarter numbers commenced with A85831. The initial BSA batch of L1A1 rifles for the quarter ending December 31 in 1957 was UB57 A1 - A870. For the quarter ending April 30th 1960, numbers were UB60 A63625 - A75299. The last serial number for the quarter ending 31st July 1960 was UB60 A85830. An anomaly.. factory logged quarters ended with 30th April and 31st July???
'U' indicates UK. The next letter is the factory, 'E' for Enfield, 'F' for Fazakerley, 'B' for BSA Guns, 'S' for Sterling Engineering.
This was followed by the year indicator, e.g. '55' for 1955, then the serial number commencing with A1 which continued to A999,999 after which it advanced to a B prefix, starting with B1. The year indicator was irrespective of the serial number advance, e.g. the last rifle at Enfield in 1956 may have been UE 56 A2136, the first rifle in 1957 would thus be UE 57 A2137, until A999999 was reached after which the 'B' series was to be used commencing with B1, e.g. UF 68 B1.
Repaired weapons are marked with factory code, year and 'F.T.R.' adjacent to the original serial number. Where two or more types of weapons are manufactured or repaired at the same factor, a separate series of numbers will be maintained for each type of weapon, each commencing at A1.
For replacement numbers, i.e. unnumbered or illegible originals, SA prefixes were allocated for Army, SN for the Navy and SR for RAF. An example is an L1A1 returned by police in 1978 with an obliterated number was then engraved SA78 A1.
RSAF Enfield reported production of 103,400 L1A1 rifles, 108,300 L1A3 bayonets and 15,520 L1A2 grenade launchers by the end of the financial year 1961 for the War Office, Admiralty, Air Ministry, Ghana, Rhodesia, Nigeria and Singapore. Enfield FTR'd 10,000 No.4 Mk 2 rifles for Burma in that period, new No.4 rifles were made at ROF Fazakerley.