I’ve always been impressed by the drive of people who create mods and ROM hacks for their favorite games. It’s made by fans, for fans, and that’s just a beautiful thing.

Nintendo is known for being hard on ROM hacking communities, but they endure thanks to the love all of these creators. And consider Super Mario 64, arguably one of the best platformers out of Nintendo’s library… it’s got a lot out there.

I’ve recently gotten into hacks for Nintendo’s classic Super Mario 64 and I can’t help but admire the work put into them.

It’s especially impressive considering the weird and frankly antique way the game is coded, which is to be expected from a pioneer of the 64-bit era.

I’ll do my part to fan the flames of ROM hacking and share what I think are the 10 best Super Mario 64 ROM hacks ever made. Let’s dive in!

A pretty good option to try out ROM hacks and decide whether or not it’s for you is Kampel64’s SM64: The Green Stars.

It adds many levels and showcases a lot of what’s possible through these modifications.

It features 130 stars to collect throughout many custom levels. Some of which you’ll have to find by exploring the overworld with a detective’s lens, as the creator made it a point to hide every secret very well.

The reason it’s not higher in the ranking is simply that the quality of level design varies more than it should.

Some areas are so easy they’re boring, whereas others require some hyper-specific trick jumps and feats only an expert could pull off without trying 200 times.

If you’d prefer to start with something less ambitious then consider SM64: Kirby Edition by creator Dudaw.

This hack replaces the classic red-capped plumber with the lovable Kirby.

It was the first full character hack ever released on SM64, and despite the practice being more common nowadays I’d say the polish level is still striking.

Not only can Kirby move and glide as the character should. But also power-ups are modified to turn the pink puff into a Boo or a Thwomp, mimicking his copy ability.

You can even ride Kirby’s signature Warp Star on some levels. Neat!

Anyone who’s been following the SM64 ROM hacking scene is familiar with Kaze Emanuar, the hard-working visionary behind a lot of the most ambitious and amazing hacks for the classic game.

Super Mario 64 Land is one of their earlier creations. It has less scope than some of the others but the same final quality.

It plays a lot like Super Mario 3D Land, featuring 33 new levels that are much more linear than those present in vanilla.

Mario also has a couple of new moves to traverse them better. Namely, a Butt Bounce and an Aerial Dive, which you’ll find remarkably useful.

Developed by ROM hacking personality BroDute and many collaborators, the Star Revenge series is one of the most prolific hack series in existence. Counting over six main releases and a ton of remakes.

SM64: Star Revenge Redone is the most updated version of the original hack. It includes over 125 new stars to gather over 13 different levels.

What makes this hack so unique, other than the surreal humor and self-referencing jokes, is its complex lore and an overarching story you’d have to play every release to understand.

If you wish to embark on that quest, this is the place to start.

Paragon ntfs for mac cracked. All in all, it a popular tool all around the world due to its powerful qualities. Paragon NTFS Crack is a program that gives you the bundle of best quality mode. It will just not fulfill your desires but also save a lot of time. 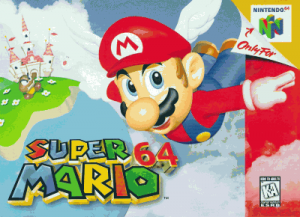 For something remarkably less complicated we have Kaze Emanuar’s Super Mario Bros. 64, which brings back the side-scrolling platformer charm of older Mario games like Super Mario World.

I love how the camera angle is tilted just in the right diagonal angle so that you can appreciate depth without abandoning the side-scrolling perspective entirely.

You can play as many characters from the Mario universe such as Luigi, Wario, fan-favorite Waluigi, and Mario himself.

Sometimes all we’re looking for is a more challenging experience from our all-time favorite games.

If that’s you, consider Super Mario 74 by Lugmilors.

It features 120 new stars to get in its many custom levels, all of which present a considerably greater difficulty than your average vanilla SM64 scenario.

That includes most boss fights, which now have added challenges like having to swing Bowser higher to hit the bombs.

Once you clear it you could go on to play Super Mario 74 Extreme Edition, which is a more absurd, Kaizo-level challenge. 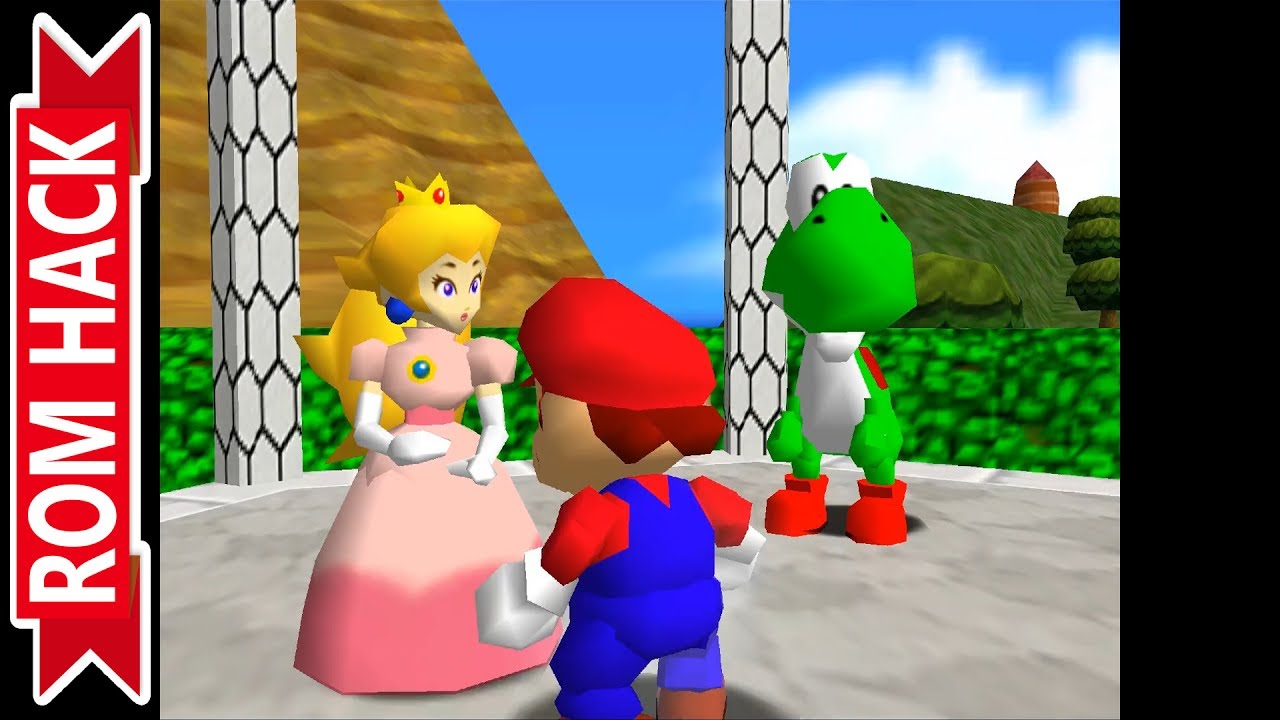 Given the artisanal nature of ROM hacking in general, I’d say most of these games have… varying levels of quality, to say the least.

Yet one of the most consistently good hacks around is NebulaSM64’s Super Mario 64 Sapphire, a short but sweet experience consisting of 30 stars spread over six incredible levels.

And these levels feature some of the most beautiful landscapes ever seen on this 64-bit engine.

If you’re looking for a quick Mario fix with a twist on SM64 then this is it.

I believe in showing respect and appreciation for pioneering efforts in any field. And when they’re as good as Skelux’s Super Mario: Star Road, it’s a real pleasure.

This massive ROM hack was one of the first ones with any mainstream appeal outside of the hardcore ROM hacking community.

It features 130 stars to collect in some excellent levels, introduces new enemies, and has a revamped soundtrack that gives it the feel of a true sequel.

Considering the intense focus on tight platforming, it’s also important to note all the work put into making a more friendly camera than the original.

Another classic hack that revamps several vital technical aspects in the game is Frauber’s SM64: The Missing Stars.

It features a day/night cycle, a better camera, and a bunch of other tweaks that improve gameplay.

You can also go through its ten levels as Luigi if you’re tired of his plumper brother.

With updated bosses, new enemies, and remixed music that includes some original compositions made especially for the hack, it feels like an entirely fresh take on the SM64 formula.

If there’s one ROM hack worthy of being considered SM64’s sequel, it has to be Last Impact by Kaze Emanuar.

It includes tons of custom assets, new bosses made from scratch, and even new power-ups. All really cool stuff, like a Yoshi that you can ride and Super Mario Sunshine’s FLUDD, among other things.

This game is a technical marvel!

Every one of the new levels is entirely separate from what we’re used to seeing. And getting each one of the 130 new stars presents several unique challenges.

There’s even a level where you’ll have to play Mario Party games to get the coveted astral body!

Sure, it can get a tad wonky here and there. And it’s not without its fair share of bugs.

But that’s to be expected of such an enormous undertaking, and something you can generally ignore because this rom hack really is SM64’s next level.